Blog
You are here: Home / Blog / Aging-Issues / Rethinking Alzheimer’s Disease—How Opposite Thinking May Lead to a Cur... 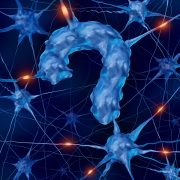 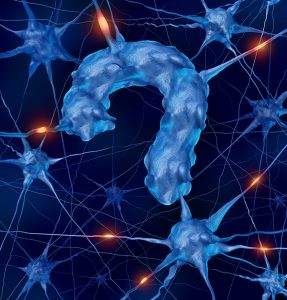 Those of us who follow the latest research in Alzheimer’s disease are all too familiar with the troublesome amyloid plaques thought to be linked to Alzheimer’s. But is it possible that the buildup is, in fact, helpful?

Neuroscientists Rudolph Tanzi and Robert Moir, of Massachusetts General, Harvard’s largest teaching hospital, are challenging long held beliefs in the field of Alzheimer’s research. They’re suggesting that amyloid-beta is actually a constructive part of our immunity, with the task of protecting the brain from foreign cells; much in the way an oyster develops a pearl, for self-protection. As Moir describes, “Maybe amyloid plaques are a brain pearl, a way for our body to trap and permanently sequester these invading pathogens.”

Amyloid-beta, traditionally seen as our enemy, now becomes our immune system’s friend and ally. The problem rests in an accumulation of the plaques that can then impact flourishing brain cells, indicating Alzheimer’s disease.

The results, years in the making, were well worth the wait. The researchers were able to replicate the virus and bacteria killing ability of amyloids in the controlled lab environment, as well as in animal models. It is important to take note that mice producing amyloids were protected against disease such as encephalitis and meningitis, while mice lacking amyloids died within a short period of time.

There are several theories yet to be explored to explain what’s causing overproduction of the amyloid plaques; the immune system could be attacking healthy cells in the brain, similar to other autoimmune disorders; or it could be a sensitivity to a virus or bacteria resulting in an overreaction. Once the cause is pinpointed, it could potentially allow doctors to halt the process in the early stages and prevent the resulting dementia.

As we wait for a research breakthrough that leads to a cure, Endeavor Home Care is a leader in providing Alzheimer’s care in Scottsdale for those impacted. Whether the need is for short-term respite care to allow family caregivers a break, full-time, around-the-clock care, or anything in between, we’re available as needed to make life easier for those with dementia and those who are providing them dementia care in Mesa.  Call us at (480) 535-6800 or contact us online.

Marrying again as a senior – When is a good time?
Scroll to top