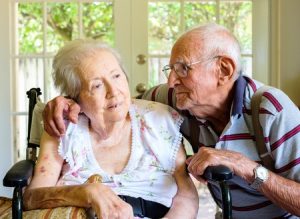 Making decisions about an elderly loved one can be difficult.

There often comes a time when we must decide if our loved one might need a little extra care at home. One of the last things that we want is to take away our aging loved one’s independence. (S)he seems to be getting along fine on his/her own but you worry. So how do you decide if care at home is the right choice?

Here are a few questions you should ask yourself when making that decision:

Is your loved one getting all the care he/she needs when they need it?

Oftentimes, it is neccessary for an elderly person to be on a specific diet or certain medications. If you find that mom or dad is becoming forgetful when it comes to meeting specific criteria in his/her life it might be time to think about in-home care. A professional home care expert will make sure to remind your loved one to take any necessary medication and make sure he/she adheres to any diet restrictions.

Is housework becoming too difficult to handle?

If your loved ones’ home has turned from neat-as-a-pin to just falling short of a pig pen, it might be time to consider home care. An aging adult may find it more difficult to keep up with housework. There’s nothing worse than an aging loved one being too embarassed to have visitors because he/she can no longer keep up with household chores. An experienced home care expert can help bring pride back to your loved one and his/her home.

Are you worried when you are away from your loved one?

If you find yourself worrying about your loved one while you are away it may be time to consider care at home. Nobody can tend to someone 24 hours a day. It is exhausting and unrealistic. As the adult child, your life must go on and there’s a good chance that you have other responsibilities. If you have a job or a family of your own there’s a good chance that finding the time to check on mom or dad is challenging. Do you worry that your loved one is hindered with forgetfulness or has limited physical capabilities? If so, it is time to consider care at home.

Making decisions about an elderly loved one can be difficult. If you are faced with tough decisions about your aging loved one we can help ease your mind. To talk more about this, or anything else, please Contact Us. 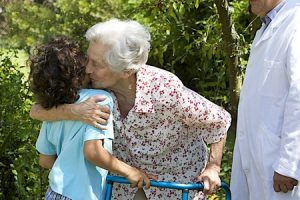 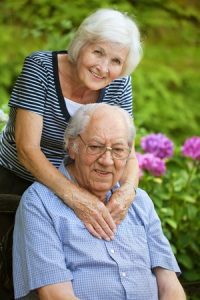 Dementia sufferers should know that this is only a blip on the radar screens of their lives.

Almost five and one-half million elderly people in America have Alzheimer’s. It is one of the leading causes of death in the country for which there is no prevention and no cure. That figure is expected to triple by 2050. Additionally, there are different types and gradations of dementia, such as early on-set dementia and vascular dementia. Nationwide, Alzheimer’s care centers are springing up which include memory support care services. Developers see the need for care centers, they are consulting the demographic, and they are moving to supply the services.

However, Medicare doesn’t cover long-term nursing home expenses. In-home care is covered for 100 days, following which it will pay 80 percent of the costs. Medicare will pay, though, for Alzheimer’s care in the home, but only if the patient is at the very advanced stages of the disease. What about the millions of dementia sufferers who still have productive years ahead of them? The second they mention the word Alzheimer’s or dementia, they are shunned as if they were lepers. What is being done to help them?

The answer is a lot. A rather unfortunately titled article in The Guardian describes an English movement to restore the humanity to those elderly robbed of their credibility. According to Having Alzheimer’s is An Adventure, Not a Disease, a movement called “dementia friends” is being established. It will educate people regarding the origins of dementia, its sufferers’ needs and how to see dementia in a positive, instead of negative, light. In America, the movement is called Momentia, established in Oregon. Momentia instructs dementia sufferers how to accept this change in their lives and move on.

But it’s more than that. The movement teaches dementia sufferers that this is only a blip on the radar screen. They are still viable human beings with something to offer. The problem is that when an elderly person mentions the word dementia, people retreat with terrible looks on their faces. Most sufferers don’t even mention the word, which accounts for elders’ voluntary retreat from productive living. It is the general public that needs to be educated about Alzheimer’s care and dementia, not just the sufferers.

Awareness of the problem is becoming widespread, and folks are primed to do something about it. Many states have awareness and education programs for the edification of the general public. Even the United Nations has established June 15 as an international elder abuse awareness day, in response to a World Health Organization report that four to six percent of the elderly suffer some form of abuse. Financial abuse is one of the leading abuses of the elderly, and the more so if the elder suffers from dementia. Indeed, if dementia sufferers are still viable members of society, these abuses would be greatly reduced.

When you contact us about Alzheimer’s care for a loved one in Paradise Valley, Mesa, Phoenix, Sun City, Scottsdale or Tucson, rest assured you will be working with caregivers who are well educated in working with dementia patients. They, too, understand the stigma attached to dementia, and work hard to dispel such thoughts. 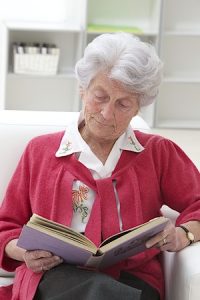 Alzheimer’s Disease typically progresses through stages with Stage Three being the last and most severe one. This final period lasts anywhere from one to three years and is quite trying for everyone involved with your loved one’s care. Because of the difficulty, it is often advised to utilize homecare services for additional support.

You can help your loved one by knowing the symptoms to look for and then doing what you can to help.

While there are typical patterns with Alzheimer’s Disease, it progresses differently in each person. For more information on this condition or abut how we can help, please contact us. 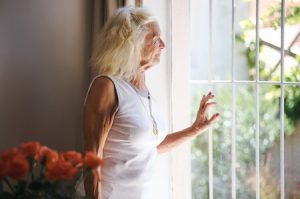 Alzheimer’s Disease is a condition that follows three typical stages. When you know the stage your loved one is in and how you can help them, it allows both you and him or her to feel more comfortable and get the Alzheimers care that is needed.

The first stage, mild Alzheimer’s lasts on average two to four years. As the disease progresses to Stage Two it turns into moderate Alzheimer’s and lasts an average of four years, but can last anywhere from two to ten years.

Symptoms and how you can help:

Stage 2 of Alzheimer’s Disease causes your loved one to need more and more supervision. We would love to help you. For information on this condition, contact us.