Blog
You are here: Home / Blog / Commentary / Too much salt could increase diabetes risk 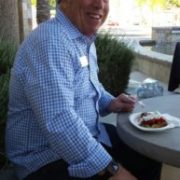 Researchers are finding that sodium which is commonly digested through salt or sodium chloride may be placing people at a higher risk for type 2 diabetes. Diabetes affects over 29 million people and type 2 diabetes is the most common usually affecting middle aged and older adults. The research has shown that for each added gram of salt the percentage of the possibility for diabetes increases as well. The research showed that for each gram of sodium that the risk for diabetes increased by 43 percent. The outcomes of this research is ongoing but the correlation between the increase in the chance of getting diabetes and increased sodium intake can be seen with this research.

“Researchers suggest that sodium – which we commonly ingest through salt, or sodium chloride – could increase the risk of type 2 diabetes and latent autoimmune diabetes in adults.”