The recent passing of Sir Terry Pratchett offers a rare view of dementia care, a view from the patient’s perspective. If you don’t know Sir Terry, he wrote fantasy and science fiction, publishing more than 70 books. He is best known for his whimsical Discworld series, which includes some 40 volumes set in “a flat world perched on the backs of four elephants which, in turn, stand on the back of a giant turtle.” His obituary from the BBC recounts the details of a remarkable life. 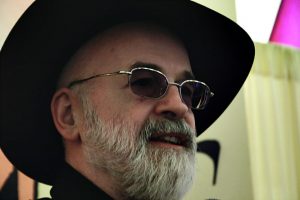 Terry Prachett wrote poignantly about the effects of dementia.

It is another of his works that provides his unique view of dementia. You see, Sir Terry suffered from posterior cortical atrophy, a rare variant of Alzheimer’s disease which affects vision. He was diagnosed in 2008 and put his fame behind a push for more research. In 2013, he was asked to provide the inaugural entry to Alzheimer’s Research UK’s dementia blog, which is dedicated to telling the stories in dementia patients. He wrote:

“There isn’t one kind of dementia. There aren’t a dozen kinds. There are hundreds of thousands. Each person who lives with one of these diseases will be affected in uniquely destructive ways. . . . Dementia attacks those facets which make us who we are, and it’s a deeply personal attack that defies prediction.”

Sir Terry wrote about the fear the dementia inspires in all of us. “Dementia vies with cancer in an unsavoury battle of the scariest, but it must be said that some lucky people will survive cancer.” That fear infects not only the patients, but their family and friends as well. Those loved ones are the foundation of what he calls “a trained and compassionate care system” which includes family and caregivers working together.

If your loved one has dementia, selecting a caregiver is one of the most important decisions that you will make. Contact us to help you find someone with the training and compassion that your loved one needs. 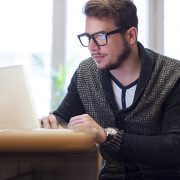 Alzheimer's Caregivers: 7 Ways to Talk About It With Others

Get some rest! – Help Awaits Those Suffering from Sundowning - Dementia

Alzheimer's Care can Help Patients Be Productive and Happy.

Memory Care can Slow Memory Loss in the Elderly