You are here: Home / Blog / senior care in Scottsdale 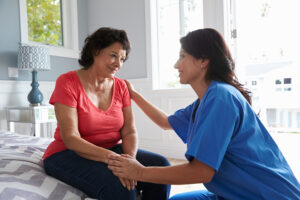 Reacting thoughtfully to difficult behaviors can reduce stress for those impacted by Alzheimer’s.

Alzheimer’s is a complex condition that often presents overwhelming issues for those providing care. As the disease continues into later stages, those with Alzheimer’s become increasingly dependent on communication through behavior rather than speech, and oftentimes these behaviors are of an inappropriate nature. For instance, someone with more advanced Alzheimer’s disease may present the following: END_OF_DOCUMENT_TOKEN_TO_BE_REPLACED