Tag Archive for: research on aging

You are here: Home / Blog / research on aging

What if the elusive fountain of youth wasn’t really a fountain at all? What if the secret to staying young and healthy came in the form of anti-aging drugs instead? The latter is a question currently being posed by people in the elder care industry thanks to a recent round of research conducted by learned individuals associated with The Scripps Research Institute and others. The research focused on identifying and destroying senescent cells. 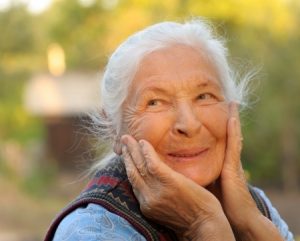 New advances in research may bring us one step closer to turning back the clock.

It is widely believed that by identifying and destroying senescent cells, humankind may be able to circumvent diseases commonly associated with aging. However, until now, elder care providers were not sure how to go about it without causing additional damage to their patients. The recently released research paper provided a suggestion on how to solve that problem, which includes a proposed, new class of drugs. The drugs are designed, in part, to kill the senescent cells, which are then disposed of by the body. Additional research, including clinical trials, still needs to be done on their long and short-term usage.

Until researchers answer lingering questions, the new class of drugs will not be put into widespread use. However, there are still actions that may be taken by aging Americans hoping to retain their youth for as long as possible. Let’s take the social interaction provided by home healthcare agencies in Arizona as an example. Organizations such as the National Institute on Aging and the American Society on Aging has consistently insisted that people who maintain healthy relationships with others tend to fare better overall than those individuals who isolate themselves from the world.

Elder care providers can also help aging individuals maintain their physical strength, dexterity, senses, cognition and weight as well. Although those activities may not stop the proverbial clock, they’ll at least make aging Americans feel better about themselves and the world around them. To learn more about elder care options that have the potential to keep seniors feeling youthful, please contact Endeavor Senior Care today.