Blog
You are here: Home / Blog / Exercise for Seniors / The Benefits of Physical Activity for Seniors With Parkinsons 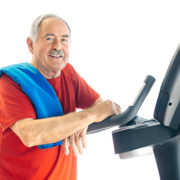 The benefits of remaining physically active throughout aging are tremendous; however, when it comes to physical activity and Parkinson’s disease, it could truly be a game-changer in the progression of the disease. Several studies are displaying direct links between exercise and Parkinson’s, including the largest clinical study up to now, in which patients who exercised at least 2½ hours each week realized a higher total wellbeing compared to those who refrained from physical activity. And that’s only the start.

The onset of Parkinson’s symptoms develops following loss of the brain cells that create dopamine. Researchers believe that exercise makes it possible for the brain to rebuild lost connections, form new ones, and continue maintaining those that are still in place. Additional studies show:

It’s important to notice that the outcomes achieved were reliant upon consistent, ongoing exercise. The scientific tests reported that any protective benefits occurring were discontinued if the amount and intensity of exercise was reduced or was implemented for only a short period of time. The necessary criteria for sustainable results appear to be the same as those essential to help those who’ve suffered a traumatic brain injury or stroke: intensity, specificity, difficulty and complexity.

Additional research is underway to hone in even more on the great things about physical activity for seniors with Parkinson’s disease, as well as the precise reasoning behind it. For the time being, if your loved one has been identified as having Parkinson’s disease, it is certainly beneficial to consult with his or her primary care physician for a recommended exercise regimen.

For assistance with safe, dependable transportation and accompaniment to a doctor’s appointment or workout program, or encouragement and inspiration to engage in an ongoing exercise program in the home, call Endeavor In-Home Care at 480-498-2324. As expert providers of in home care in Paradise Valley, AZ and surrounding areas, our caregivers are available to improve total wellbeing for individuals with Parkinson’s disease or any other condition of aging. Contact us today to learn more about our in-home senior care services.

Is It Parkinson’s, or Dementia with Lewy Bodies?
Scroll to top