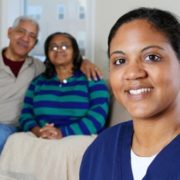 New York City Housing Authority has allocated 500 million dollars to an initiative to build affordable senior housing on public land owned by NYCHA, including lawns and currently unused spaces. Although this is sufficient to build homes for thousands of seniors, it falls far short of the 2 billion dollars and 15,000 apartments hoped for by housing advocates. Private developers are also planning a number of projects aimed at NYC’s senior population, which is projected to grow by 40 percent by 2040.

“New York City is struggling with affordably housing its aging population, especially as the number of older adults in the city rapidly increases.”

Why are Eye Exams Important for Older Adults?

Working From Home as a Family Caregiver: Is It Possible?
Scroll to top